Straight is essential - both first and second shot! 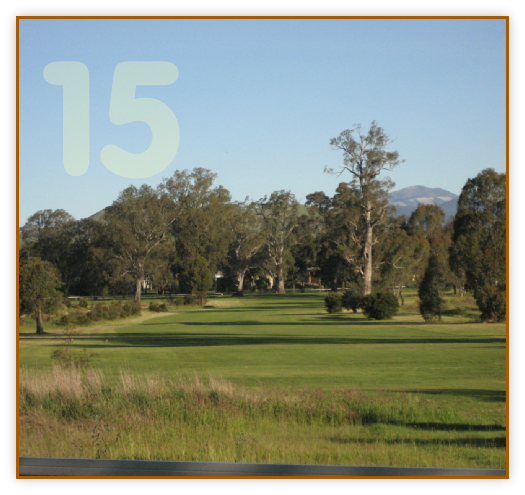 If you can drive and hit straight, this is an easy hole.

The best drive is slightly left of centre to allow for a little rightish run. A push or fade could end up in the light rough so long as you miss the big river red gums. A slice will probably hit the gums, and could drop in the hazard which may be pretty rough. A pull or strong draw will probably end up in the light rough. A bit more pull or hook could end up in the first dam on the left - there’s not much in the way to slow it down. If you’re a bit longer you may be in serious trouble in the hazard on the left - it never gets mown or slashed.

The second shot is straight down the middle - again. Left and you’re in the dam, or in trouble just on the edge of the hazard. Right, and you’re behind tress or bushes, or a bit further in, you’re in the hazard on the right. A hook or a slice is not a good idea.

The third shot should be a straightforward wedge or pitch to a largish green that is often just a bit quicker than the others.